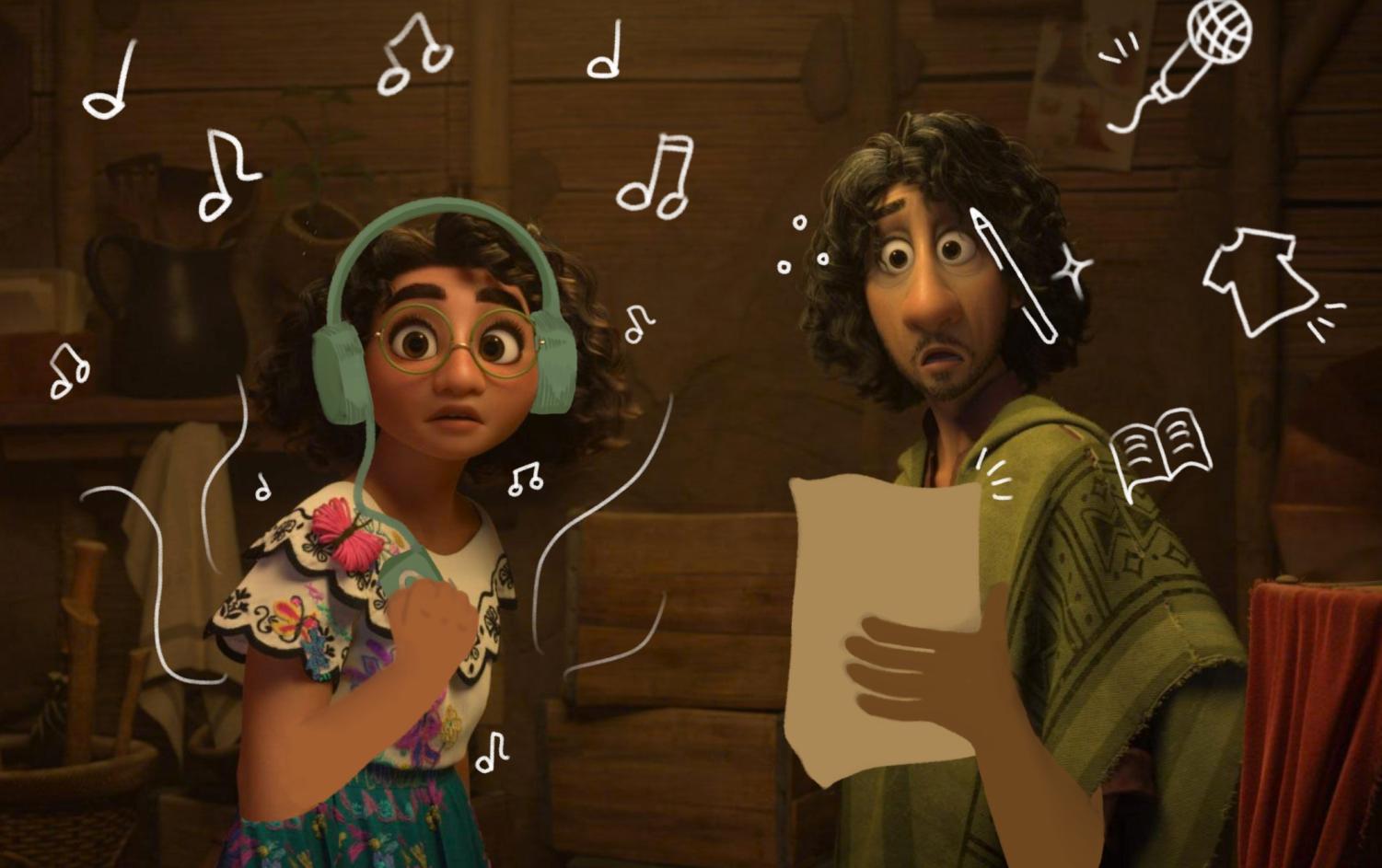 Charmed By Encanto and its Canciónes

Picking Apart the Music of the Season’s Biggest Hit

I’ll admit it, I’m a latecomer to Hamilton. That being said, when I heard that the music from Encanto was composed by the great Lin-Manuel Miranda, my mind was blown. After that, I found out that he even wrote pieces for the musical In the Heights and the film Moana – that was just another cherry on top.

Encanto, the Disney musical-movie released this winter, was a sonic delight. Forty-five songs based on Latin beats and melodies delivered the goods. Miranda is of Puerto Rican descent, and he did an outstanding job promoting Latin cultural elements in the movie, using his own heritage as a basis of inspiration. Breaking charts with a feature from rapper YoungBoy Never Broke Again, the single “We Don’t Talk About Bruno” peaked at No. 1 on the Billboard Hot 100 in February. The Bruno tune became just the second Disney song to earn that coveted position, almost thirty years after the Aladdin smash hit “A Whole New World”. On Spotify, it overtook “Let It Go” from Frozen with listener count.

Intriguingly, all this happened a month after the movie premiered, unlike other soundtracks that crushed the Billboard soon after the launch. I assume that people who would normally see it live in theaters were concerned about rising COVID cases and instead purchased Disney+ during the holiday season, which contributed to its slower trajectory to popularity.

For me, “The Family Madrigal” seemed like it had the most potential to be the standard, family-friendly hit. It’s a typical pick-me-up song with its vibrant lyrics and tempo, which capture the energy the first portion of the movie carries. “¡Hola Casita!” was the most memorable track for both Lydia and I (we watched it together!) since the theme of the tune was based on the personalization of the house, a novel concept. Without a doubt, we fell for its addictive rhythm and cadence.

Controversial opinion: I didn’t actually enjoy “We Don’t Talk About Bruno”; I think the song is overrated. To my ears, it sounded too dull and dark, considering how it bulldozed to greatness on music streaming apps. I would prefer a piece like “Meet La Familia” to go viral over “We Don’t Talk About Bruno”, though I did like the vivid distinction of the exposition, climax, and resolution phases in the story.

There were heartwarming elements to the soundtrack, beyond the head-bopping and dark songs that propelled the plot forward. Isabela Madrigal consoles those with low self-esteem through her song “What Else Can I Do?” – it certainly enriched my playlist with self-loving energy.

Nobody really expected this soundtrack to blow up the way it did, but Lin-Manuel Miranda’s magic delivered again, with addicting melodies and heartfelt lyrics. I would rate the whole soundtrack an 8 out of 10, and would recommend it mainly to kids and teens, and adults who are young at heart. 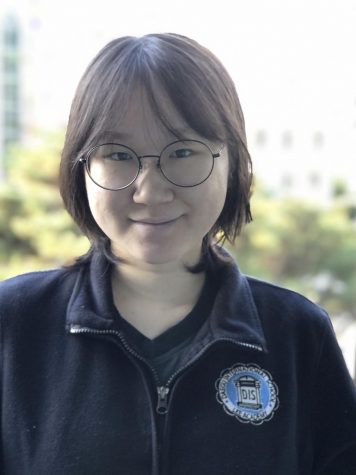 Raye, with the nickname Front Page Raye, is called FPR for a reason. Her articles made the front page...

Picking Apart the Plot of the Season’s Biggest Hit

Behind the addictive songs and eye-catching graphics, there is a unique storyline that helped these elements shine. Just by looking at the main characters, we realize the amount of care and time put into the details of animation. Every single feature of the ensemble’s clothing represents their cultural background through traditional Colombian designs, while character compositions depict his or her unique magical gift. These elaborate characteristics are connected through a typically loving “Disney-ish” moral, which highlights the importance of family, love, and kindness. These universal elements may have been why Encanto was showered with positive feedback by both local and international audiences.

There have already been numerous animations from Disney based outside of Europe and North America: for example, Mulan, Moana, and Raya and the Last Dragon. However, cultural sensitivity and context was taken to the next level in Encanto — hiring a local guide as a consultant. Alejandra Espinosa assisted employees on their four-day tour of Barichara, a small town in northern Colombia.

Her impact on the film was immeasurable, as she advised the production team that the cultural aspects of the movie should be treated with a lot of respect. She mentioned that Colombian culture is sometimes “viewed as of little worth… [which makes it important] to place identity at the center of the debate.”

Along with great cultural references, the magical element the plot revolves around is what makes this movie more special. Using the traditional belief that water is sacred for indigenous people in Colombia, Encanto formed the basis of the story that all the gifts and miracles of the characters were from the river.

Fantasy and the reality of a Colombian lifestyle is a winning combination. The magical powers of the characters drive the main plot compellingly; as such, a great portion of the story is taken up by introducing the characters. Captivating songs full of personality are smoothly embedded throughout the film to explain the cast’s powers.

Unfortunately, the storyline after this character introduction—basically the second half of the movie—is pretty monotonous. Maybe it only feels boring in comparison because of the overwhelmingly outstanding songs and character development at the start, but there’s definitely a shift.

The conflict becomes minor–it’s just the main character trying to find her “missing” uncle (who’s actually much closer than the Madrigals think). The stakes are low, bringing down the tension and suspense of the movie.

Then, there was the ending. Abuela was stubborn throughout the movie, but she resolved every problem between her and Mirabel in their finale-decorating duet. I know the family’s journey provided the matriarch with chances for self reflection, but that process could have been made more clear. It would be much better if the writers included scenes with more focus on the characters going through emotional development. There was no moment where Abuela grew–she just changed abruptly.

It’s true that Encanto is a wonderful movie involving intricate details of Colombian culture and a skillful blend of addictive soundtracks with beautiful animation. Even though some parts of the story might seem underwhelming in comparison to the production quality, perhaps this plotline is the best way to create a heartwarming family movie for all age groups. Uncomplicated conflict and fast reconciliation might actually help the audience easily approach the animation without barriers. All in all, the family bonds and cultural richness still make Enacnto an enchanting experience that I rate a 9 out of 10.

Lydia Ryu is a senior who works as a first-year staff reporter in Jets Flyover. She has diverse interests...