Is Psychology a Science?

Ever since the subject of Psychology started to gain popularity in the early 20th century, it has created a point of contention between scientists and psychologists: could psychology be considered a science? Though a century has passed, this quarrel is still relevant among professionals in the field, with no definitive answer in sight. Students and teachers around school gave their input on this hotly debated topic.

“Biology, ecology, dermatology, and psychology all have a noticeable similarity – ‘ology’ is a suffix that determines whether a subject is considered to be within the general field of science or not. This particular suffix can be defined as the ‘study of,’ which means that psychology can also be defined as something which is ‘the study of’ something. This means it can be considered as a science subject,” former psychology teacher Mr. Archer stated. Specifically, psychology is the scientific study of mental processes.

The key point to acknowledging that psychology is science is understanding the empirical method. As Mr. Archer continued to explain, “In any scientific endeavor, you are trying to see if there is a cause and effect relationship between things. In the study of mind and behavior, you are doing the same thing. You measure interactions and put together studies that check whether there is a cause and effect relationship between two factors. This method applies to all fields of science, and psychology also utilizes the empirical method. Some may argue that behavior or emotion cannot be measured; however, through the empirical method Psychology could be considered to be an objective subject as it utilizes many scientific procedures.”

Former AP Psychology student Betty also agreed that the study of the mind could be objective. “I think Psychology is science, because in class we learned about concepts about the brain which relate to biology.” She continued to share her experiences and the knowledge that she gained from her class. “We also learned about various experiments, which science commonly deals with. Since every concept we learned about was backed up by experiments and scientific and statistical data, I think that psychology is a science subject.”

Pavlov’s Classical Conditioning, the Stanford Prison Experiment, and the Milgram Experiment are textbook examples of investigations in the study of mind and behavior. In these experiments, the empirical method was used to measure and observe a person’s actions and words, which reinforces Betty’s idea that psychology is an objective study.

It would be arduous to argue that psychology is not a science when considering that psychology perfectly fits the criteria to be a science. Despite the opposing arguments suggesting that social science is pseudoscience, the fact that this field utilizes empirical methods and is connected with various studies of science – such as biology – strongly debunks the claims that psychology is a fake science. 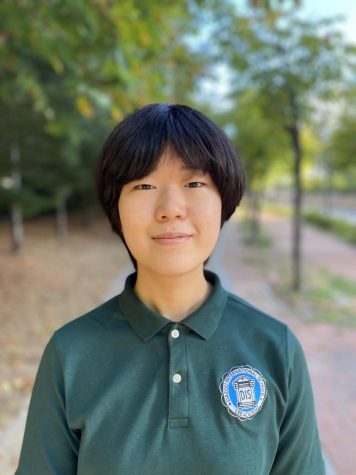 Geo Park is a 11th grade student that has been at DIS for 11 years. She survives on coffee, anime, and...

No, It’s Not a Science

When I took AP Psychology last year, I never considered Psychology as a part of science – regardless of what the Myers textbook said. From the very first page of the textbook, it is stated that Psychology is specifically a study of behavior. Because of this, many mistakenly consider Psychology as an objective study – but the truth is, there is actually no correlation between the study of behavior and actual science.

For a field to be scientifically valid, it has to meet the five basic requirements of science, which are clearly defined as: terminology, quantifiability, highly controlled experimental conditions, reproducibility, and predictability & testability. Psychology might meet some of the criteria, but can never meet the third criterion, which is the condition of highly controlled experimental conditions. It is impossible for psychological experiments to have a definite conclusion as they are more subjective, causing psychology to fall short of qualifying as real science. “Science is a body of knowledge that explains a phenomenon. So in a way, it has to be 100% correct. But psychology can’t be 100% correct because how a person thinks can’t be proven,” exclaimed Ms. Lualhati. It seems safe to say that psychology could be considered as pseudoscience.

Quantitative & numerical data is the essence to any science or math subject. Since quantitative data is numerical, it can be analyzed in such a way to answer the hypothesis. Even in AP Psychology, students are taught that correlation is not causation, which further proves that Psychological facts only stop at observational studies, which does not answer the hypothesis directly. Moreover, given the conditions of conducting a study, it is hard to collect numerical data from Psychological investigations because it is a field of behavior, which indicates that Psychology will never yield a clear outcome.

Most psychological experiments may reproduce the feeling of being empirical, when they’re not in reality. As Ms. Lualhati has claimed, psychology is far from being qualified in the subject of science. 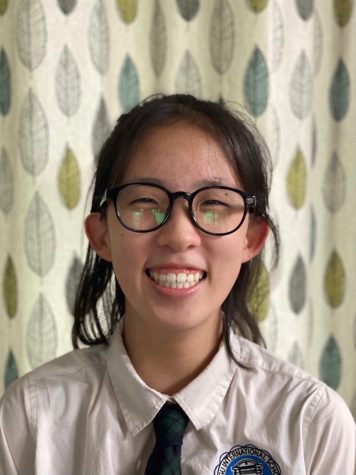 Anna Tzou is a junior that has a multicultural background. She has a dedicated interest in taking care...