The Successful Launch of Virtual Influencers 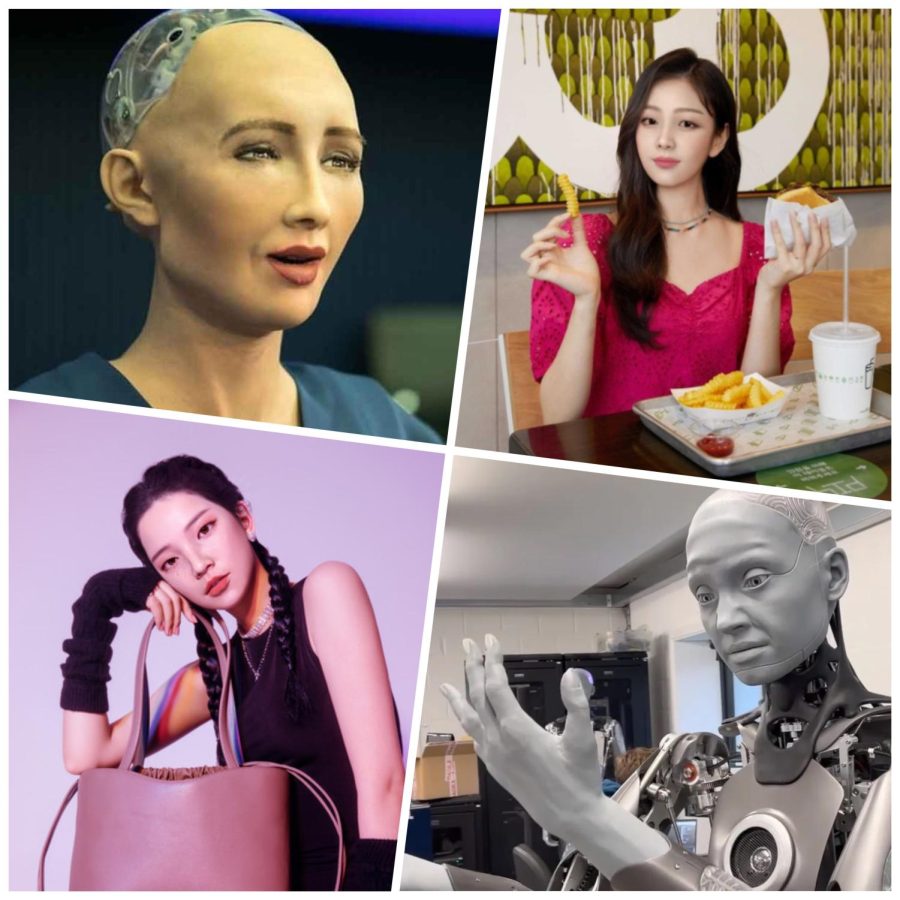 When the humanoid robot Sophia made an appearance on the Tonight Show Starring Jimmy Fallon back in 2017, I was in utter shock. It, or rather, Sophia, resembled a human appearance and could talk and blink; it moved its neck towards Jimmy Fallon when speaking to him and shaped its mouth to voice words naturally – a bit too naturally.

People were fascinated but more freaked out by this viral clip of a robot starring in a talk show. The explanation behind this unsettling feeling is found in the phenomenon called the uncanny valley.

The uncanny valley is a negative emotional response towards robots, dolls, mannequins, or avatars that appear close to but not quite human. Experts have found a positive correlation between the liking of artificial agents with how humanlike they look, but only to a certain extent: when the graphic looks “almost like” a human, but has awkward expressions or movements, people are appalled by it. However, the uncanny valley can be bridged together again when the visual becomes extremely realistic.

The uncanny valley was once again experienced when recently, a video of the robot Ameca “waking up” went viral. When the creators switched on its power button, it opened its eyes and examined its own body with an expression of astonishment. With this, some reacted with feelings of apprehension and even disgust. When I first encountered this video, I was scared by the fact that robots could now mimic our expressions without making it look unnatural.

With new technological developments, some innovators have been able to create avatars that are insanely similar to humans. They have received mostly positive feedback from the public which proves the success of overcoming the uncanny valley phenomenon.

Such a trend is complemented by the recent rise in “virtual influencers” in Korea and all around the world. Virtual Influencers are essentially avatars made to look like real beings, used to earn money by promoting different brands or making appearances in commercials.

In order to diminish effects of the uncanny valley phenomenon, A.I. influencers are assigned numerous “humanlike” characteristics: a name, age, personality (MBTI), preferences, physical traits and quirks, and more. These avatars get paid or sponsored for, from participating in photoshoots and interviews to some even debuting as virtual singers. They even have Instagram accounts with numerous followers trying to communicate with them through comments and messages, often getting brand deals for clothes and beauty products.

A perfect example of this development is “Rozy”, a virtual influencer who starred in the commercial for Shinhan Life. She became the first ever digital model to play a part in an advertisement in Korea.

The creator of Rozy revealed that the avatar’s body was modeled by referencing various real models. In the Shinhan Life ad, for example, her “body” was actually performed by a professional dancer whose face was later replaced by Rozy’s. This allowed Rozy to overcome the uncanny valley effect as she became almost indiscernible from a real person.

In fact, Rozy’s creators initially didn’t reveal that she was a nonexistent virtual figure. When her Instagram account was first launched, she gained more than 10,000 followers, with the public being completely oblivious to the fact that she is an A.I.

Even after realizing that Rosy is entirely virtual, the public reacted with a mostly positive perception, awestruck at how a mere 3D model could look so realistic. If anything, the controversy surrounding Rozy helped her grow even more viral—she recently surged in popularity to about 126,000 followers on her Instagram account.

Lucy, another Korean virtual influencer, was created by Lotte Home Shopping for the purpose of promoting their business in a fresh light. She has participated in various marketing campaigns for Lotte. Like Rozy, Lucy has fans who like her, follow her, and try to interact with her without showing any signs of discomfort. Regardless of whether these avatars exist in real life, they have been able to earn a lot of popularity and love.

Companies are actively using these newly developed methods of marketing as they have proved to be safer and more stable to their reputation. These virtual figures don’t have the risk of getting involved in scandals such as being exposed as bullies, engaging in unethical acts like drunk driving, or consuming illegal drugs. From a business perspective, then, it makes sense that virtual influencers are considered more “reliable”, as they help the companies prevent any infliction of harm to their reputation. A.I.’s social media presence isn’t controversial besides the fact that, well, they aren’t real.

Yet, many are still hesitant to accept these creations as public figures. Few of the comments that I saw on these influencers’ accounts were, “Why do you even make these?”, “I hate this”, and “It’s so weird.”

Of course, there might come a time when real people will have to engage in serious competition with virtual people for jobs. Innovators are looking to expand the extent of virtual humans to full-time celebrities, announcers, bankers, singers, and idols. With the emergence of robots in the K-pop industry especially, the already straining standards (mostly those having to do with conventional attractiveness) will be raised even higher to accommodate such “perfect” A.I.s. What’s more is that this doesn’t just affect celebrities: these innovations could bring overall unhealthy beauty standards that encourage toxic ideals to others. People will start to compare themselves to these artificial faces geared to be “perfect” and likable, critics argue.

Contrary to those that are fans over Lucy or Rozy, I understand those that feel reserved about the emergence of hyper-realistic A.I.; thinking of the negative consequences they might bring, I agree that it is hard to fully accept them. However, I also believe that it’s important for us to embrace these new changes and use them in ways that benefit society.